Analogix is the market leader in providing end-to-end interface connectivity semiconductor solutions for DisplayPort™ under its SlimPort® brand, including high-speed signal conditioners, and an industry leader in mobile display controllers, such as low-power, high-speed timing controller solutions. Below is our interview with Michael Ching, VP of Marketing at Analogix: 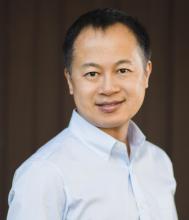 Q: You’ve recently announced the ANX753x/7580 family of VR/AR head-mounted display controllers; could you tell us something more?

A: Targeted at various performance HMD applications, the ANX753x is a low power 4K Ultra-HD mobile receiver that resides inside the VR/AR HMD. It allows consumers to connect their VR/AR HMDs to VR source devices, such as the latest notebook and desktop PCs with Intel’s 8th generation processors, through a single cable and enjoy the performance of their machines at high-resolution and high transfer rates. It brings novel features which enable new connectivity channels for VR headsets: DisplayPort 1.4 HBR2 and Quad MIPI-DSI.

It is the first of its kind, fully integrated VR display chip. The ANX7530 is a unique product in its class, allowing the use of a single DisplayPort over USB Type-C cable to transfer VR/AR content from a USB Type-C enabled desktop PC, notebook, or smartphone to a VR/AR HMD. Usage of high-bandwidth capable DisplayPort technology over the USB Type-C connector will pave the way for a future that will bring 2Kx2K resolutions at 120FPS or higher per panel.

It brings value to HMD manufacturers and gives them flexibility. The ANX7530 can be used in both USB Type-C™ and non-USB Type-C applications and can manipulate a variety of video scan modes. This way, headset manufacturers have the flexibility to differentiate their products by offering the most optimized performance for a variety of applications.

• The ANX7530 is a 4-Lane DisplayPort to Dual-MIPI output supporting up to 120 FPS. Each MIPI output has 8-DSI lanes for left-view and right-view for a total of 16-DSI lanes per device to drive today’s high-performance VR panels, ideal for popular VR panel resolutions including 1920×2160 per eye.

• Virtual reality systems are defined by their display quality in terms of the pixel density and responsiveness to head movement. A fluid virtual experience can only be achieved if the video is updated faster than the brain can process it, and with pixels smaller than the optical receptors in the retina. This drives video resolutions and refresh rates ever higher.

• Widespread adoption of HDCP 2.2 contributes to the growth of the entire video ecosystem by helping content providers to monetize their investments in creating more premium 360 degree and 3D material.

• The ANX7530 can be used in USB Type-C™ and non-USB Type-C applications and can manipulate a variety of video scan modes. This gives headset manufacturers the flexibility to differentiate their products by offering the most optimized performance for the markets they serve, whether that is gaming, 360 degree and 3D movies, or AR productivity.

Here are a few examples of different configurations of VR HMD connectivity that the ANX7530 enables:

– VR HMD design with USB Type-C input connected to a VR source with native USB Type-C port such as smartphone, tablet, and notebook through a Full-function USB Type-C cable;

– VR HMD design with USB Type-C input connected to a VR source such as a DisplayPort PC through an USB Type-C adapter and a Full-function USB Type-C cable;

– VR HMD design with USB Type-C input connected to a VR source such as an HDMI PC through an USB Type-C adapter and a Full-Function USB Type-C cable;

– VR HMD design with HDMI input connected to a VR source such as a legacy PC or notebook with DP/HDMI/USB output through a DP/HDMI/USB custom cable.