Determining how VR Source devices connect and interoperate with HMDs can avoid confusion and cut costs.

Anyone who remembers working with computers before USB will know what chaos it can be when connectors are not standardized. It makes things confusing, difficult, and often expensive for consumers when every company uses its own proprietary connectors.

“The importance of this effort will become more critical as mobile platforms, such a phone/tablet, become a primary source of content driving the VR/AR HMDs.”

That is currently the case in the area of wired Virtual Reality (VR) and Augmented Reality (AR), where there is a wide array of different cables, ports, and connectors in use, and there is no interoperability between source devices and head-mounted displays (HMD). As an example, an HMD that works with a specific Android phone as the VR/AR source device will most likely not work with an Android phone from another manufacturer, let alone a PC or a game console.

Founded by LG Electronics, Analogix Semiconductor, Tencent, and Dell, ICVR, LLC announced the development of the Interface for Connected VR (ICVR™) standard, which defines how virtual reality source (VRS) devices, such as smartphones, PCs, and other consumer electronics, connect and interoperate with head-mounted displays.

An open industry standard for VR, AR, and mixed reality (MR) headset connectivity, the ICVR standard focuses on the hardware interface between VR sources and HMDs.

Other standards have been created for the software interfaces at various levels within the VR platform. However, the hardware interface between the rendering device and the HMD is still proprietary for each VR solution vendor, so that components from different vendors are unlikely to interoperate. ICVR solves this by standardizing on the USB Type-C connector and it has been created with the purpose of making devices work together, rather than all within their own sandboxes. 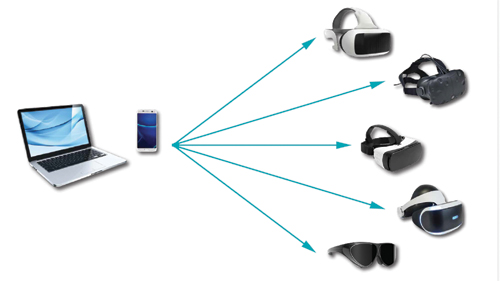 Figure 1: Any ICVR Source device works with any ICVR HMD 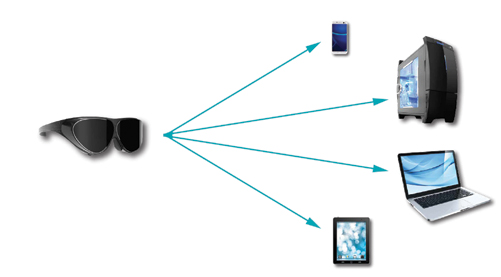 Figure 2: Any ICVR HMD works with any ICVR source device.

The ICVR standard specification is based on the DisplayPort Alternate Mode (“Alt Mode”) on USB Type-C standard that was developed by Video Electronics Standards Association (VESA) and defines how high-definition video, high-quality multi-channel audio, head tracking and other measurement data (as an example, camera data), and power are delivered using a single cable between a VR source (PC or smartphone) and an HMD.

Having high-definition video, multi-channel audio, head tracking, and power delivered using a single cable between a VR source and the HMD reduces some of the clutter imposed by today’s high-end headsets. At the same time it eliminates transmitting radios and batteries from the headset. This allows manufacturers to build hardware that is lightweight and comfortable at a lower cost, so the focus can shift to improving display quality and overall headset design.

This will lead to the establishment of a major USB Type-C-based ecosystem, while fully supporting the new advanced technical requirements. That means when a VR/AR source device that supports the ICVR standard is connected to a VR/AR HMD that also supports the ICVR standard, the end-user can be confident that VR/AR content will appear on the HMD, and head-tracking capabilities will work with the VR/AR source device.

The ICVR standard will ensure interoperability amongst VR sources and HMDs from different manufacturers by comprehensive compliance and interoperability test procedures, resulting in a larger VR/AR ecosystem that will attract more investment from hardware manufacturers, software developers, and content providers, and greater end-user satisfaction.

The ICVR, LLC organization is leveraging existing standards to speed up this development process as well as developing new standards alongside existing ones to ensure that devices will interoperate when connected using a USB Type-C cable. 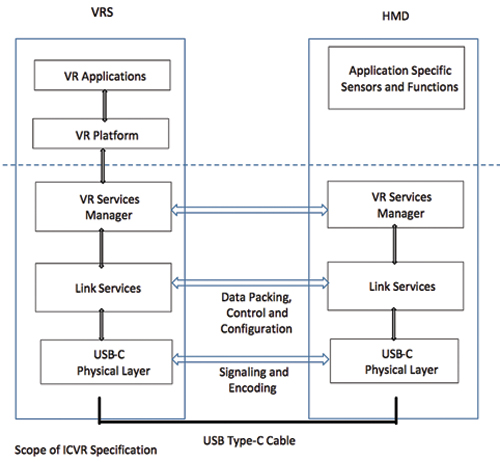 The ICVR standard specifies additional parameters and protocols that are related to:

Display Capabilities and Characteristics
The current DisplayPort standard requires additional provision for VR applications. In particular, it is necessary for the VRS to discover the capabilities of the headset such as its field-of-view, panel persistence, motion-to-photon latency, lens geometry distortion, and scan mode. The ICVR standard extends existing DisplayPort protocols, such as the Extended Display Identification (EDID). Ultimately, it is hoped that VESA will adopt these new extensions in its AR/VR Special Interest Group.

Synchronization
There are some additional protocols to ensure the source device is aware of the motion-to-photon (end-to-end) latency of the HMD. Embedded DisplayPort (eDP) already provisions for synchronization between source and display. These protocols are used and extended in ICVR since in VR applications the latency is crucial to comfort.

Video and head tracking protocols
ICVR defines protocols for communicating the head position and velocity using gyroscope and accelerometer measurements from the HMD to the VRS. These protocols are basic and do not interfere with more advanced functions such as camera video, eye-tracking, etc. The importance of this effort will become more critical as mobile platforms, such a phone/tablet, become a primary source of content driving the VR/AR HMDs.

The next generation HMDs will implement a disaggregated approach whereby the processing of VR/AR functions will be distributed between the GPU and the HMD video controller. Distortion correction features as well as asynchronous re-projection capabilities, as an example, will be handled jointly between the embedded GPU and the video controller in the HMD. This disaggregated approach requires a standard approach for communicating the displacement information between the HMD and the GPU.

The ICVR specification is being finalized and will be available to the ICVR adopters before the end of 2017. At that time, any company can become an Adopter by executing the Adopters Agreement and proceed to develop products using the standard.

ICVR, LLC will organize interoperability tests so that devices from different vendors can be tested with each other. For more information, visit www.icvrllc.org